In January 2012 I became Director of the Centre for Vision, Speech and Signal Processing (CVSSP) at the University of Surrey. CVSSP is one of the largest UK research groups in computer vision, pattern recognition, signal processing and multimedia communication with over 100 researchers and a grant portfolio in excess of £9M. The centre was founded in 1986 by Prof.Josef Kittler establishing internationally recognised expertise in pattern recognition and computer vision. A characteristic of the centre’s research has always been the combination of generic theoretical advances with practical application to specific problem domains in collaboration with industry. Today the centre offers a vibrant research environment with interests spanning spatial audio to 4D space-time signal processing for entertainment and medical applications. I also lead Visual Media Research (V-Lab) in CVSSP which is conducting research in video analysis, computer vision and graphics for next generation communication and entertainment applications. From 2008-12 I was supported by a Royal Society Industry Fellowship to conduct research with leading visual-effects company Framestore investigating 4D technologies for Digital Doubles in film production. The goal of my research is to bridge-the-gap between real and computer generated imagery. My research combines the fields of computer vision, graphics and animation to investigate new methods for reconstruction, modelling and understanding of the real world from images and video. Applications include: sports analysis (soccer, rugby, athletics), 3D TV and film production, visual effects, character animation for games, digital doubles for film and facial animation for visual communication. Current research is focused on video-based measurement in sports, multiple camera systems in film and TV production, and 3D video for highly realistic animation of people and faces. Research is conducted in collaboration with UK companies in the creative industries.

Professor Neidle teaches courses in general linguistics and French linguistics. Her research interests include syntactic theory and the syntactic structure of American Sign Language (ASL). Professor Neidle is the Director of the American Sign Language Linguistic Research Project (ASLLRP). Funding from the NSF supports linguistic research on the syntactic structure of ASL, development of computational tools (including SignStream, a MacOS application) to facilitate analysis of signed language and gesture, and collaborative research with computer scientists interested in the problem of sign language recognition. Through our National Center for Sign Language and Gesture Resources, several different types of experimental resources and analyzed data are made publicly available. Her publications include The Syntax of American Sign Language: Functional Categories and Hierarchical Structure (MIT Press) and The Role of Case in Russian Syntax (Dordrecht: Kluwer). 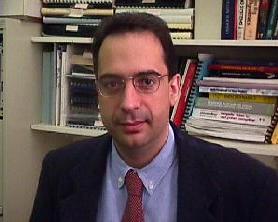 Dr. Dimitris Metaxas is a Distinguished Professor in the Department of Computer Science at Rutgers University since July 2007. From September 2001 to June 2007 he was a Professor in the same department. He is currently directing the Center for Computational Biomedicine, Imaging and Modeling (CBIM). From January 1998 to September 2001 he was a tenured Associate Professor in the Computer and Information Science Department of the University of Pennsylvania and Director of the VAST Lab. Prior to this he was an Assistant Professor in the same department since 1992. Prof. Metaxas received a Diploma in Electrical Engineering from the National Technical University of Athens of Athens Greece in 1986, an M.Sc. in Computer Science from the University of Maryland, College Park in 1988, and a Ph.D. in Computer Science from the University of Toronto, Ontario, Canada in 1992. Dr. Metaxas has been conducting research towards the development of formal methods upon which both computer vision, computer graphics and medical imaging can advance synergistically. In computer vision, he works on the simultaneous segmentation and fitting of complex objects, shape representation, statistical model-based tracking, learning, sparsity, ASL and gesture recognition. In particular he is focusing on human body and shape motion analysis, human surveillance, security applications, ASL recognition, behavior modeling and analysis and scalable solutions to large and distributed sensor-based networks. 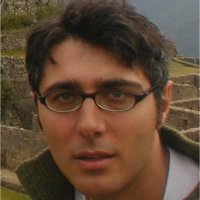 Fernando De la Torre received his B.Sc. degree in Telecommunications, as well as his M.Sc. and Ph. D degrees in Electronic Engineering from La Salle School of Engineering at Ramon Llull University, Barcelona, Spain in 1994, 1996, and 2002, respectively. In 1997 and 2000, he became Assistant and Associate Professor in the Department of Communications and Signal Theory in Enginyeria La Salle. In 2003 he joined the Robotics Institute at Carnegie Mellon University and currently he is Research Associate Professor. His research interests are in the fields of Computer Vision and Machine Learning. Currently, he is directing the Human Sensing Laboratory.

Jeffrey Cohn is Professor of Psychology and Psychiatry at the University of Pittsburgh and Adjunct Professor of Computer Science at the Robotics Institute at Carnegie Mellon University. He leads interdisciplinary and inter-institutional efforts to develop advanced methods of automatic analysis and synthesis of facial expression and prosody; and applies those tools to research in human emotion, social development, non-verbal communication, psychopathology, and biomedicine. His research has been supported by grants from the U.S. National Institutes of Health, National Science Foundation, Autism Foundation, Office of Naval Research, and Defense Advanced Research Projects Agency among other sponsors. He has co-chaired the IEEE International Conference on Automatic Face and Gesture Recognition (FG 2017, FG2015, and FG2008), the International Conference on Affective Computing and Intelligent Interaction (ACII 2009), and the International Conference on Multimodal Interfaces (ACM 2014). He is a co-editor of IEEE Transactions in Affective Computing (TAC) and has co-edited special issues on affective computing for the Journal of Image and Vision Computing, Pattern Recognition Letters, Computer Vision and Image Understanding, and ACM Transactions on Interactive Intelligent Systems.

Cristian Sminchisescu is a Professor in the Department of Mathematics, Faculty of Engineering at Lund University, working in computer vision and machine learning. He has obtained a doctorate in computer science and applied mathematics with focus on imaging, vision and robotics at INRIA, France, under an Eiffel excellence doctoral fellowship of the French Ministry of Foregin Affairs, and has done postdoctoral research in the Artificial intelligence Laboratory at the University of Toronto. He holds a Professor equivalent title at the Romanian Academy and a Professor rank, status appointment at Toronto, and advises research at both institutions. During 2004-07, he has been a Faculty member at the Toyota Technological Institute, a philanthropically endowed computer science institute located at the University of Chicago, and later on the Faculty of the Institute for Numerical Simulation in the Mathematics Department at Bonn University. Cristian Sminchisescu is a member in the program committees of the main conferences in computer vision and machine learning (CVPR, ICCV, ECCV, ICML, NIPS), an Area Chair for ICCV, ACCV and CVPR during 2007-15, a Program Chair for ECCV 2018, and a member of the Editorial Board (Associate Editor) of IEEE Transactions for Pattern Analysis and Machine Intelligence (PAMI). He has offered tutorials on 3d tracking, recognition and optimization at ICCV and CVPR, the Chicago Machine Learning Summer School, the AEFRAI Vision School in Barcelona, the Computer Vision summer school at ETH in Zurich, and Visum in Porto. Over time, his work has been funded by the US National Science Foundation, the Romanian Science Foundation, the German Science Foundation, the Swedish Science Foundation, the European Commission under a Marie Curie Excellence Grant, and the European Research Council under an ERC Consolidator Grant. Cristian Sminchisescu's research goal is to train computers to `see' and interact with the world seamlessly, as humans do. His research interests are in the area of computer vision (articulated objects, 3d reconstruction, segmentation and recognition) and machine learning (optimization and sampling algorithms, structured prediction and kernel methods). The visual recognition methodology developed in his group was a winner of the PASCAL VOC object segmentation and labeling challenge over the past four editions, 2009 - 2012, as well as state of the art and winner, respectively, in the Reconstruction Meets Recognition Challenge (RMRC) 2013 and 2014. 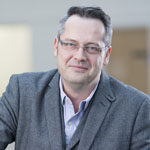 Richard Bowden received a BSc in computer science from the University of London in ’93, an MSc with distinction from the University of Leeds in ’95, and a PhD in computer vision from Brunel University in ’99 for which he was awarded the Sullivan Doctoral Thesis Prize. He is Professor of Computer Vision and Machine Learning at the University of Surrey, UK, where he leads the Cognitive Vision Group within the Centre for Vision Speech and Signal Processing and was recently awarded a Royal Society Leverhulme Trust Senior Research Fellowship. His research centres on the use of computer vision to locate, track, and understand humans. He is an Associate Editor for Image and Vision Computing and IEEE Pattern Analysis and Machine Intelligence. He was a member of the British Machine Vision Association (BMVA) executive committee and a company director for seven years. He is a member of the BMVA, a fellow of the Higher Education Academy, and a senior member of the IEEE.

There are no news registered in